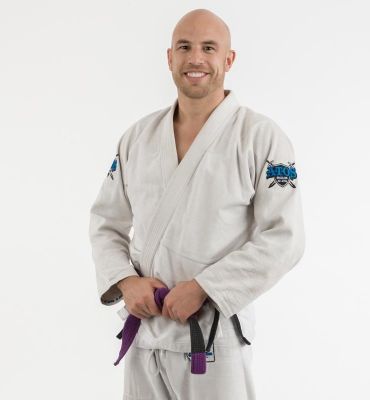 Jordan Thomas is the head instructor of the Taekwondo and Brazilian Jiu Jitsu program. He is the owner and founded the school in September 2010. Jordan started TaeKwonDo in 1996 with years of experience competing and coaching at high level TaeKwonDo tournaments. He earned his Master rank in TaeKwonDo in 2014. Jordan is a Purple belt in Brazilian Jiu Jitsu under ATOS BJJ (BHBJJ). Jordan is also a 1st degree black belt in Hapkido. He wrestled for 3 years at Sturgis High School. He has some experience in boxing and muay thai as well. He feels God has lead him to do this as a ministry to further the Kingdom.

Fun Facts about Jordan: He loves to travel and take photos, he also sells his adventure prints on the side.

Thanks for reaching out to us!

Someone will respond to you as soon as possible!